CapMetro's transit priority lanes downtown along Guadalupe and Lavaca Streets are painted red to clearly mark them as different from other general traffic lanes.

Giving priority to transit service is the best way to improve mobility in Austin and Central Texas. And converting some general traffic lanes into bus lanes allows our vehicles to move through congested areas more reliably and helps the reliability of our entire system.

CapMetro and the Austin Transit Department have partnered to bring 2 miles of transit priority lanes to East Riverside Drive. The lanes between Grove Boulevard and Summit Street organize traffic flow and improve the reliability and the efficiency of our bus service. 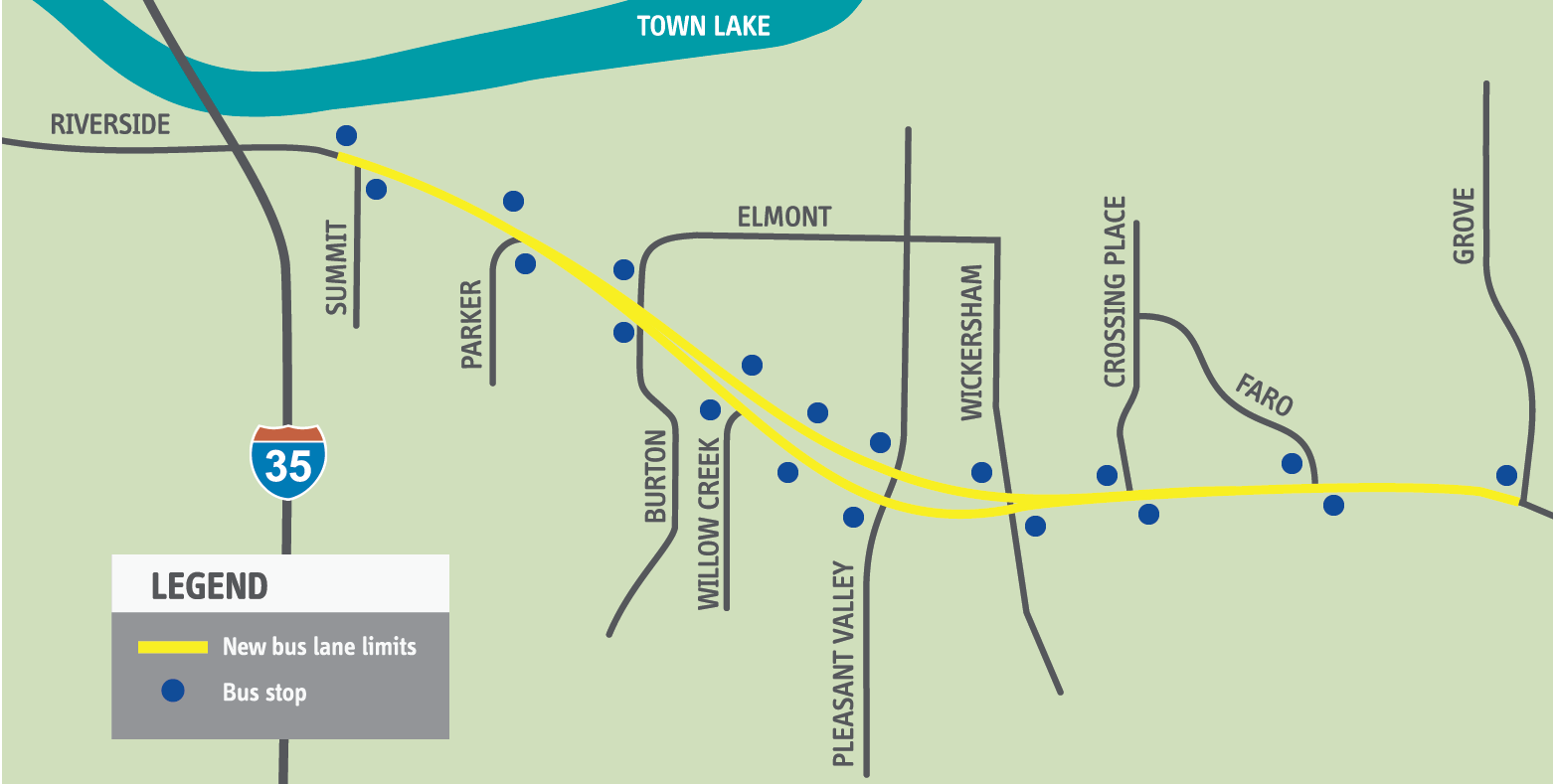