Capital Metro, Whole Foods Market, and the Central Texas Food Bank are teaming up for the ninth year to encourage the community to “Stuff the Bus.” Like most things in 2020, this year’s Stuff the Bus is going virtual with donations via the form below and an Amazon wishlist. Monetary donations can also be made in-person at participating area Whole Foods stores.

Stuff the Bus donations are accepted from Thursday, December 10 to Thursday, December 24. Regardless of how you donate, your contribution will help make this season bright for our neighbors in need.  All donations will go to the Central Texas Food Bank, which distributed over 64 million pounds of food to Central Texans in Fiscal Year 2020. Just $5 helps feed a family of four for over three days.

The food bank has seen an increased need for food in the Central Texas community. Just in October 2020, the food bank served approximately 113,776 households, which translates to nearly 6.1 million pounds of food. Over 13,500 of those households served used the food bank’s services for the first time.

Make this season bright for your neighbors in need around the Central Texas area by donating below!

Other ways to donate:

Monetary donations will be accepted at any of the following Whole Foods Market locations: 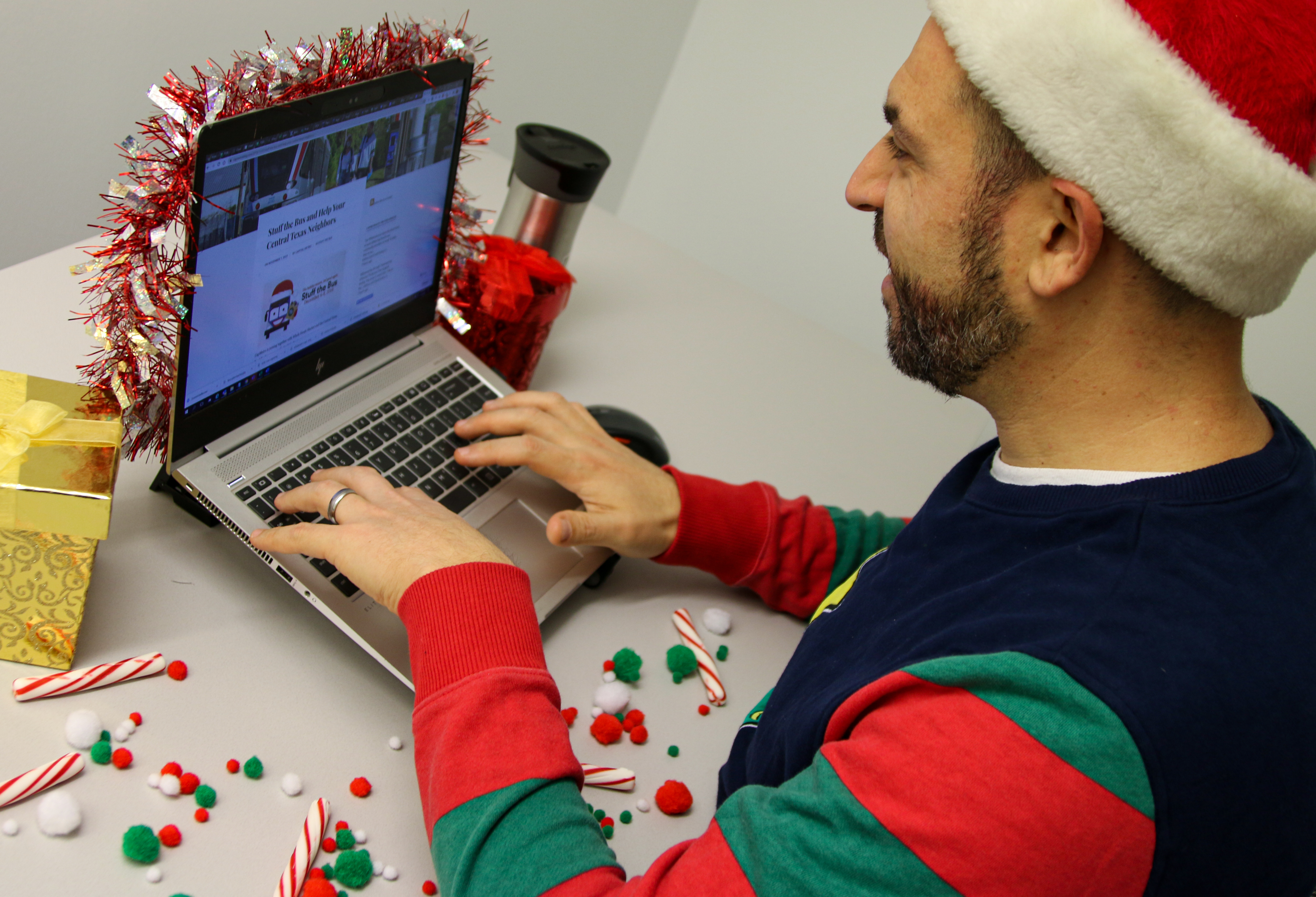