The board holds monthly public meetings at CapMetro's Administration building, located at 2910 E. 5th Street in Austin. The board also has a number of committees that meet regularly to review information and make recommendations to it. Currently, the board receives input from the Customer Satisfaction Advisory Committee and the Access Advisory Committee.

Nominations to become members of the committees are made by the board chairperson and are approved by board resolution.

The Board Consists of: 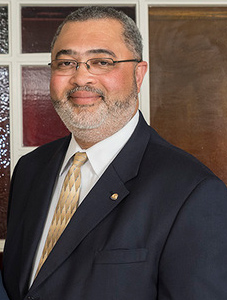 Travis County representative - Jeffrey W. Travillion was elected to the Travis County Commissioners Court representing Precinct 1 in November 2016 and took office on the first day of 2017. He had spent the previous 16 years working for the city of Austin, retiring as team lead for the Code Department's Neighborhood Enhancement Team. He was responsible for developing protocols to address compliance issues within the city's health, safety and welfare codes. His term will expire in June 2024.

He has more than 30 years' experience providing management solutions in the public, private and non-profit sectors. Travillion has conducted extensive operational reviews of state agencies and city departments, and worked on teams that produced recommendations adopted by the Texas Legislature and which saved the state of Texas more than $8 billion.

Travillion is involved in a number of civic activities, including serving as a deacon at the Abundant Life Community Baptist Church. He is a graduate of Leadership Austin, chairman of the Communications Committee for the Texas State Conference of the National Association for the Advancement of Colored People (NAACP) and a member of the board of directors of the Austin Project. He and his wife, Perri, have 3 children: Jeffrey Jr., Paige and Andrew. 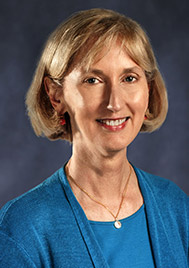 CAMPO elected official appointee  - Ann Kitchen, City Council member for District 5 (South Austin), chairs the city of Austin's Mobility Committee and is a board member of CAMPO, the regional transportation planning body for Central Texas. Kitchen is a former assistant attorney general in the consumer protection division and a former state representative, with experience working on transportation issues. Her term will expire in June 2025.

Kitchen is an attorney and health care consultant, with expertise in improving access to services for women and families, including hospital district programs, county indigent health care programs, CHIP, Healthy Kids, Medicaid, family planning, women's health, health care reform and other programs.  She has more than 10 years of state service- as a senior Medicaid policy advisor with the Texas Health and Human Services Commission, an assistant attorney general with the Charitable Trust Section of the Texas Attorney General's Office and a caseworker for special needs children at the Texas Commission for the Blind. She is also an expert on health information technology and was executive director of the Integrated Care Collaboration (ICC) for 5 years.

You can email the CapMetro board of directors at  boardofdirectors@capmetro.org. Messages sent to this address are forwarded to all members of the board via CapMetro staff. 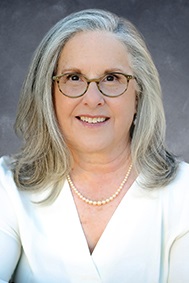 City of Austin representative - Leslie Pool was elected to the Austin City Council in 2014. Her expansive legislative record focuses on the environment and sustainability; transportation; open government accountability and transparency; and ethics, campaign finance and lobbyist reform and reporting. Her term on the CapMetro board will expire in June 2025.

Pool led on adopting the city’s Energy Resource, Generation & Climate Protection Plan; Austin’s Climate Protection Plan; and the resolution creating a Community Climate Resilience Plan. She co-sponsored the vehicle electrification resolution and the resolution declaring a climate crisis. Her environmental goals target sustainability and resilience, improving standards for clean air and water, flood mitigation, stewardship of our water resources and livability. She is a diligent advocate for increased investments in civic assets like community parks, libraries, trails and open space.

In 2015, Pool traveled to Paris for the historic United Nations Climate Conference, whose objective was to achieve a binding, universal agreement on climate. An additional outcome was renewed focus on cities as natural leaders in attaining net zero emission and environmental sustainability goals. Pool works locally with organizations like ICLEI – Local Governments for Sustainability to further Austin’s urban sustainability through policies that support low emission, nature-based, equitable and resilient systemic change.

Her work on these issues includes broadening access to sustainable transit and trails for our community and the region. Pool has sponsored two successful transportation initiatives that furthered our community goals for two new rail stations for key areas and an expanded Red Line Parkway Trail. 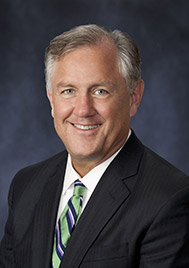 CAMPO financial appointee - Wade Cooper is currently the firm-wide managing partner for Jackson Walker, L.L.P., a Texas-based law firm with more than 350 attorneys. His duties are those of the chief executive officer of the firm, and he chairs two of the major committees of the partnership: the Management Committee and the Compensation Committee. Cooper began his practice with Jackson Walker in the Dallas office in 1981. In 1997, he moved to Austin to establish a new office for Jackson Walker. Cooper is also a former chairman of the Downtown Austin Alliance (DAA) and is currently a member of the organization's advisory board. His term will expire in June 2023.

In his legal practice, Cooper has handled substantial commercial litigation, arbitration and bankruptcy matters in Texas, and in federal and bankruptcy courts in a number of other states. His clients include telecommunications carriers, national banks and other financial institutions; equipment manufacturers; and technology companies.

CAMPO business appointee - William M. “Matt” Harriss is the chief financial officer for the Butler Family Interests, which handles the business and personal affairs for the family of former Austin Mayor Roy A. Butler. In that capacity, Harriss oversees the financial and administrative team for Capitol Wright Distributing, the 17th largest wholesale beverage distributorship in the United States, with more than 500 employees and 5,000 customers. In addition, he handles a number of real estate investments across Central Texas on behalf of the family.

Previously, Harriss has served as administrator for a large law firm in Austin, as assistant dean for business affairs at the University of Texas School of Law and as controller with the Belton K. Johnson Interests in San Antonio. In addition,  Harriss currently devotes time to the Trail Foundation, Austin Pets Alive and the Waterloo Greenway Conservancy.

Both he and his wife of 40 years, June, are avid UT baseball fans and have lived in Austin for over 40 years. 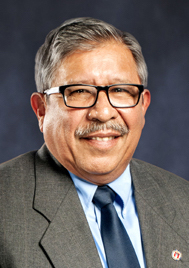 City of Austin appointee - Sabino “Pio” Renteria is a father, husband, social justice activist and a native East Austinite who has dedicated his life to serving his community. He is the first directly elected city council representative from east and south Austin's District 3. His term will expire in June 2025.

Council Member Renteria began shining shoes and selling newspapers on Congress Avenue at age 7, and by 15, had entered the cotton fields to help support his family. This difficult upbringing taught him lasting lessons about the significance of perseverance and service to others. He retired from IBM after a 34-year tenure as a computer and printer technician.

He is best known for his advocacy on behalf of the underprivileged communities in Austin and has long been a champion for affordable housing, transit equity and quality of life improvements for all Austinites.

He has been a leader with United East Austin Coalition and Friends of the MACC, served as vice-chair of the East Cesar Chavez Neighborhood Planning Team, and volunteered with the PTAs and Campus Advisory Committees for Sanchez Elementary, Martin Middle and Austin High Schools.

Renteria is currently the chair of the city of Austin's Housing and Community Development Committee, the vice-chair of the Planning & Neighborhoods Committee and a member of the CapMetro board Audit & Finance Committee. 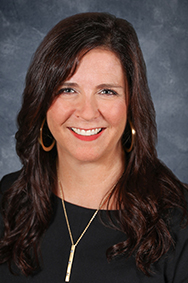 Small cities representative - Becki Ross was elected to the Leander City Council in May, 2021. She also serves as an ex-officio board member of the Leander Chamber of Commerce. She was a prior Planning and Zoning Commissioner and Leander Chamber Board Member serving as Chair in 2020. Her term will expire in June 2024.

Ross has 25 years experience in the insurance and financial services industry. She has owned a small business in Cedar Park for the past twelve of those years. She has experience in corporate management and training along with other volunteer roles as a board member of her homeowner’s association, booster club president and team sport parent for her daughter’s athletic activities.

She has a Bachelor of Science from Louisiana State University and a Master of Business Administration from the University of New Orleans along with several industry designations.

She has lived in the Leander/Cedar Park area since 2003 where she and her husband have raised their family. 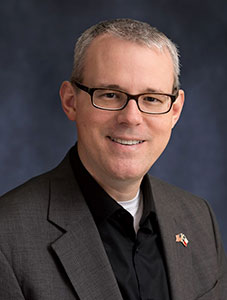 Williamson County representative - A communications and policy consultant and registered nurse, Eric Stratton, R.N., represents Williamson County on CapMetro's board of directors. His term will expire in June 2023.

Stratton is a strategic planner, policy advisor and registered nurse. His early career was spent working various congressional and state legislative races and then for the National Rural Electric Cooperative Association in Washington, D.C., for which he educated congress and association members on energy and environmental policy issues.

After a life-altering event involving the health of his daughter, Stratton was led to pursue a career in healthcare, became a registered nurse and obtained his Master of Science in nursing from UT Austin, specializing in pediatrics and teaching. He later returned to public policy as chief of staff for a state representative and helped organize and execute the first Autism Awareness Day at the Texas Capitol.

Most recently, Stratton spent 5 years with the Texas Health and Human Services Commission, serving as a policy analyst for the senior advisor to the executive commissioner and a clinical policy advisor for Medicaid. There he helped design, procure and implement STAR Kids, the legislatively mandated Medicaid managed care system for children with special healthcare needs. Stratton also provided clinical and policy oversight for the transition of programs from the Department of Assistive and Rehabilitative Services (DARS) to HHSC and the Texas Workforce Commission.

Currently, Stratton and his wife, Jennifer, provide strategic planning, policy and communications consulting services through their business, Stratton Strategies. They live in the Williamson County part of Austin with their two children, Maddie and Jack.